I am a Microsoft MVP, a Xamarin Certified Mobile Developer for iOS and Android, and the leader of the Tech Valley .NET User Group.

While working on a demo mobile app for a course, I needed to know if the units of measurement on the app would be in Imperial units or Metric units. Since I’m using C#, the tools are in the framework.

My first pass was just checking the locale and calling it imperial if the locale was “en-US”.

It worked on my machine, but that is pretty flawed. It assumes that only the “en-US” locale use imperial units. While it often feels like the rest of the world is metric, the US is not the only country still on the imperial system. Both Liberia and Myanmar are in the imperial club. 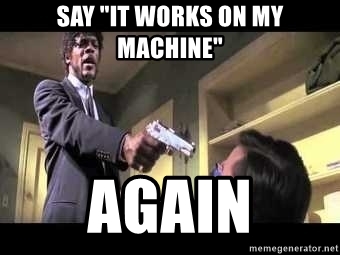 This code also makes the assumption that “en-US” is the only locale code for the US. If you set your phone’s region to the US and the language to Spanish, the locale code could be “es-US”. Instead of comparing against the locale name, we can use the RegionInfo class instead. We can pass in the locale in to RegionInfo and check it’s IsMetric property.

You May Also Enjoy

We hit this strange bug in SQL Server earlier in the year. A single SQL Statement would just kill the connection. It would kill it 100% in any version of SQL...

Moved the blog from WordPress to Jekyll

Resolving the .NET MAUI “VersionCode 1.0 is invalid. It must be an integer value.” error when updating Visual Studio 2022 Preview

I hit the “VersionCode 1.0 is invalid” error with .NET MAUI and resolved it.

Some shortcuts accessing redis-server running under WSL via PowerShell